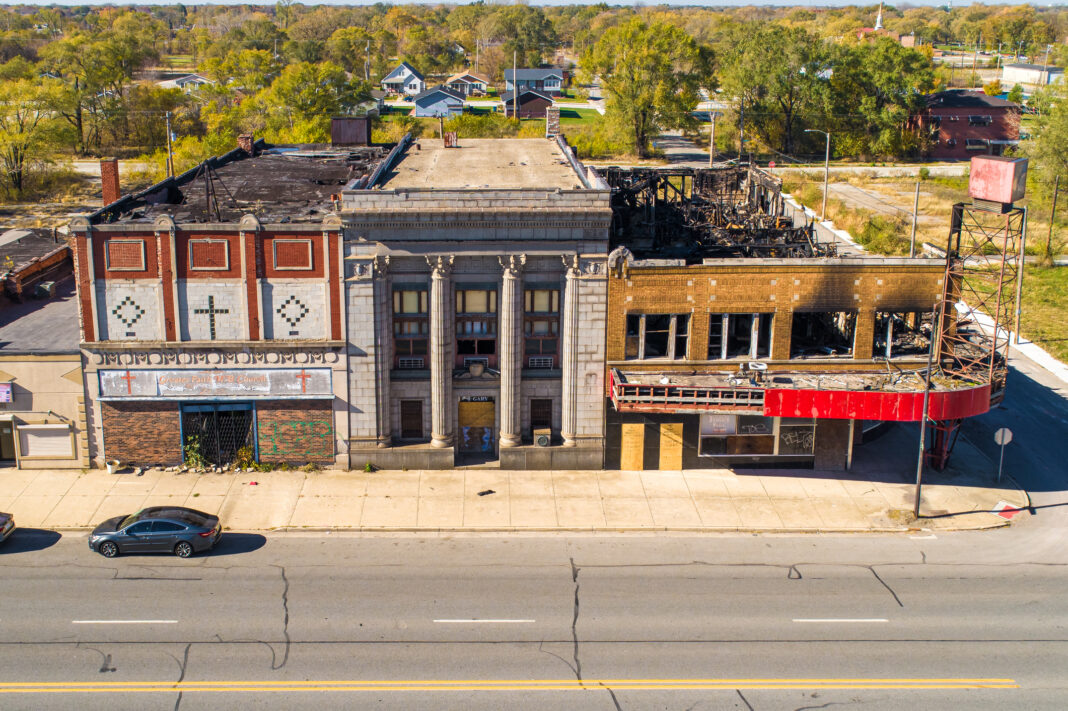 As our previous research has shown, all workers suffered when factories offshored starting in the 1970s. But the impact on Black workers has been profoundly and disproportionally negative.

It’s not every day that we get to mention the legendary Chuck D — founder and leader of the hip hop group Public Enemy, political activist, radio host and author — in a blog post. But on Tuesday, Chuck D shared a clip on Instagram that spoke right to our issues, and we wanted to make sure you saw it:

That’s Dr. Umar Johnson, also known as Dr. Umar Ifatunde. He’s a doctor of clinical psychology and a certified school psychologist, and the clip above is from a 2017 appearance on the popular morning radio show The Breakfast Club. Johnson has drawn controversy in the past for some of his statements, but since this clip was making the rounds and touches on some of our own work, we wanted to break it down.

While Chuck D shared a short clip, there’s a longer version on Facebook, and the entire thing is worth watching. Here’s the part that ties into American manufacturing:

“When do you begin to see the rise of the single-parented Black female household? 1970, after they killed Dr. King, the United States government said we must neutralize the Black power base, and they determined that the Black power base was the Black family. It was independent, Black skilled men and women who financed King… They said if we want to crush the Black struggle, we’ve got to crush the Black family. So guess what they did in 1970? King dies in ’68. In 1970, they came into the Black communities and deindustrialized our city centers. In 1970, they started shutting down the factories. Remember, up until the ’50s and ’60s, you didn’t need a college degree to get a decent job. Many of us got grandparents who worked in factories their whole life, and lived better lives than we’re living now with two and three degrees. They could work in their same neighborhood, and everybody worked for the factory, good retirement, pension, benefits, medical.”

Johnson really gets at how profound the devastation of deindustrialization of the late 20th century was on Black Americans. His conclusion mirrors that of the findings in our 2016 report Unmade in America: Industrial Flight and the Decline of Black Communities, which examined how the loss of manufacturing impacted Black workers, especially in major cities like Baltimore, St. Louis, Pittsburgh, Birmingham, Chicago, and nearby Gary, Ind.

As report author Gerald D. Taylor wrote, manufacturing provided great opportunity for Black workers in the mid-20th century. While they still faced racism, the widespread availability of good-paying, often unionized manufacturing jobs meant that many Black Americans were finally able to forge a path into the middle class, buying homes and beginning to save some money.

Then starting in the 1970s, factories began shutting down and moving abroad. There’s no doubt that workers of all races suffered when factories moved overseas, and industrial communities are still reeling from the impact. But Black workers suffered the most, as they had less of a financial cushion to fall back on, less flexibility compared to white workers to move to new jobs, and faced racism.

The country went through a racial reckoning in 2020, and there’s been much discussion of how to address racial injustice since then. In practice, much of it has focused on individual actions like diversity training at workplaces rather than tackling the structural issues.

To be blunt, a lot of this is about money, and who has it.

The country wasn’t exactly living in racial harmony in the 1950s and 1960s, after all. But there were so many good-paying factory jobs that Black workers were finally able to get a little piece of the pie, even in the face of Jim Crow. Black communities began to thrive. And as Johnson explained in the clip, many of those Black factory workers were able to contribute financially to the Civil Rights movement, which eventually led to victories like the Civil Rights Act of 1964.

Real progress happened, until it didn’t. It’s not a coincidence that progress began to falter when more Black people found themselves out of work, struggling to make ends meet.

If we really care about addressing issues of racial inequality and equity, it can’t just be about corporate DEI statements. It’s about creating more well-paid and unionized jobs that support the growth of the middle class, and making sure Black Americans are able to take advantage of those opportunities.

Manufacturing played a big role in creating opportunity for Black Americans in the 20th century, and manufacturing can do so in the 21st, too. As the Economic Policy Institute (EPI) reported earlier this year, manufacturing still offers a wage premium. Black workers without a college degree earn $5,000 more per year in manufacturing than in non-manufacturing industries. Factory jobs also are more likely to provide health insurance and benefits, and more likely to be unionized.

Factories are booming, and recently passed legislation like the CHIPS and Science Act and Inflation Reduction Act (IRA) have the potential to spur job growth, and for well-paid jobs, too. Folks making semiconductors at a new Intel factory in Ohio will earn average starting salaries of $135,000 a year, for example. United Steelworkers President Tom Conway told Reuters this week that including Buy American provisions in the IRA will create “opportunity for some of this stuff will naturally fall to unionized shops, particularly in the mining sectors.”

The United States is at a historic crossroads. Right now, we have a real chance to strengthen our critical manufacturing sector and create well-paid jobs in the process. Doing so will also provide more opportunity for Black workers, and begin to reverse some of the devastation that Black communities underwent starting in the 1970s. It’s up to all of us to see it through.